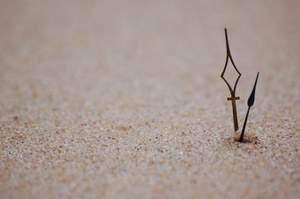 One of the most telling and unique signatures of every culture is how they interact with time.

The Germans and Japanese, almost comically precise. The Thai, pretty close to the moment, plus or minus 15 minutes.

And then there is Mexico. Here, "I'll be back in an hour" can easily mean an hour, two hours, three hours, or tomorrow. Things might come up. This is life. No blame, no guilt, no concept that three hours later could be a problem.

Here, this imprecision carries through to most other things. I got my internet installed here, and was quoted a price, speed and a timeline for install. My Airbnb host, originally from Belgium, told me "Yes. But this is Mexico. There will be something - that price didn't include the cable, or we need to get a different part from somewhere else, or my cousin had a surprise party - and those quotes won't be right."

Here, life is infused by something that doesn't come naturally to me - Chill. Just let it go.

Sure enough, my new internet wasn't as promised. It was installed five times more quickly, the speed was 10 times slower, and the price was off by 15%.

But you know what? It works. It works, it's nearly the weekend, and I can hear the ocean crashing. There are many more important things than megabits.

Edward Abbey once said that no matter how vigorously you want to change the world, you should spend half your time just enjoying it.

That statement has bugged me every day since I read it some 10 years ago. But as time passes (and as Mexico soaks into me) I start to realize he's right.

Get up. Work to change the world.