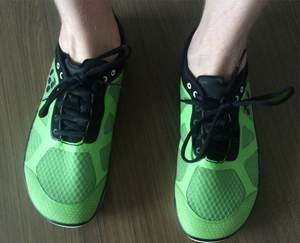 How to Run in Thailand. (and not die.)

As a runner, before coming to Thailand, I was a concerned. People said running here was insane, impossible, and dangerous, and they had a list of good reasons. Was I going to have to give up running? Would I run anyway, and die?

Two months in, I can say for sure that it is possible to run in Thailand, without dying. (And that most of those concerns were valid.) Here's how to do it.

You've got two basic options: on the street, or in a park. If you can get yourself to a park easily, that's by far your best bet. It's where you'll generally find Thai runners running. Traffic in Thailand is among the most dangerous in the world, so people avoid it when they can.

That said, if you aren't near a park, as I wasn't, here's how to run on the streets.

Run against the flow of traffic.

Thai traffic is a mix of taking care of what you can control (don't hit anyone), and trust (everyone else is taking care of not hitting you.) Running against traffic lets you do your part, by seeing what's happening in the traffic ahead, and getting yourself out of the way when it's your turn to move.

That implies something important - you should have a feel for the rhythm of traffic in Thailand. I honestly wouldn't recommend running on the streets if you haven't been in Thai traffic enough to feel when there's going to be a three-abreast crush of traffic, with a line of bikes on the shoulder.

If you're only here for a few days, run on the beach, or run on a treadmill. Don't run on the streets.

There will be a situation where you're on the edge of the road, with a giant gully or a wall to your right, and Grandma will be bearing down on you on her motorbike, full speed, on a line to pass a few inches from you. In that moment, you have to trust Grandma. Trust that she sees you, and that her bike control is excellent. Keep running, and don't change lines. She'll miss you. You'll be fine.

How to Not Get Heat Stroke

The sun is a different beast here. There are two ways to survive it.

Run in the morning or evening.

This is what most Thai runners do, but you'll have to judge whether or not this is a safe strategy for you, given where you are, how much you naturally look like a foreigner, and your propensity for risk. It will be cooler. In some places, it will also be more dangerous.

I chose not to run in the evening for safety reasons, and my work schedule precluded early mornings. So, instead, I developed a second strategy.

Run in the rain.

Yep, it sounds crazy, and the Thai will look at you like you are crazy. And you might be. The traffic is definitely more dangerous, but the rain will help massively with your core temperature.
In my experience, the biggest danger in Thailand isn't motorbikes or snakes or wild dogs or being mugged (all real risks.) The biggest danger is that tropical sun. Respect it. Respect it more than you respect those motorbikes. It's serious.

The other nice bonus about running in the rain is that it's probably the safest time to run. Storms roll in hard in Thailand, and generally leave pretty quickly. So, when they roll in, folks typically find some shelter and wait it out. This will include n'eer-do-wells. Nobody's going to chase down a runner in the rain. That's a crazy person thing to do.

And while we're on the topic of risks, let's talk about something relevant, and awkward.

Yep, your feet. Most runners are acutely aware of their feet in a way normal people aren't. So here's some conversation about what you'll need to do differently, to run here in Thailand.

Whether you run in the rain or not, you will run through standing water, running water, and likely water that's contaminated with some amounts of sewage. Tap water is not safe to drink here, and you will be putting your feet into water that's not up to tap standards.

This means that any open cuts on your feet will get infected. Honestly, if you've got open wounds, I'd either wait for them to heal, or get some liquid skin or super glue. You don't want to be shoving that wound into the places your feet will go.

Not only is this great advice that helps your running in a multitude of ways, (see chi running, barefoot running, etc), it does a bonus awesome thing here:

It makes your footsteps are much quieter, making you way less threatening/interesting to the dozens of dogs you're likely to encounter in the streets. This is also a bonus to running in the rain, mid-day: dogs are also less likely to chase you. It's hot and raining, maaan. I'm not getting up just to chase that crazy person.

You will not be the same runner here.

Listen to your body.

Even if you're running in the rain or the morning, it's still going to be hot and humid. You're going to lose a ton of fluid. Don't be afraid to cut your pace back to make sure you make it home. Don't be afraid to stop off somewhere and buy bottled water (toss a 100 baht bill in your sock/belt, so you don't have to worry.) Your body wants to live. Listen to it.

Finally, if you're planning to be in Thailand for a while and you've got some time before you go:

Do some parkour before you come.

Why? Because running on the streets here is ankle-breaking. You'll be taking two foot drops and jumps, at speed, and your feet will be hitting uneven surfaces most of the time. It's closer to trail-running than street running, except that all the surfaces are concrete.

Parkour was designed for environments like this, and it will wake up your ankles and knees and hips, and teach them new ways of interacting the with the ground. When you get here, your joints will thank you.

It is Possible, and It is Fun.

A lot of the above reads pretty cautiously, and it's meant to. If you're the sort of person who reads ahead on things, that's the sort of info you want to know. (If you're a person like me who just jumps in and gets it wrong, you're not reading this, anyway.)

Don't let that caution scare you off running here. Running is a fantastic way to get to know a place, and Thailand is no exception. A bunch of my favorite places to eat I found by running by them. One pulled me by smell alone. I've found tiny temples tucked away on side roads I would have otherwise missed, and fantastic vistas. I've caught honest glimpses of people's everyday lives, hanging on the porch, watching TV. It's a wonderful, connecting, experience.

Here in Thailand, you may be the only runner on the road, but when people stare as you run by, they will be smiling.

You will be, too.