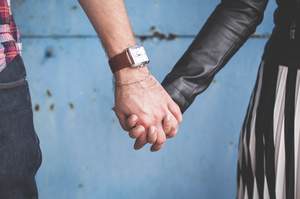 Today, I had a little window of deep breath before the madness of my book launch kicks in (Tuesday! OMG! Breathing. Breathing.) and it felt like the right chance to say something really important.

As I mentioned a couple weeks ago, it turns out writing a book is actually pretty hard. But what I didn’t expect was the emotional depth I’d feel writing about depression, and the strength of my desire to get this thing right.

I’ve wrestled with depression since I was 11 years old. There have been good periods where, when it visited, it just glanced off and made things a bit grey. There have also been a few times where the only reason I made out alive was that I had Tomo, my dog.

The flood of words that come to my mind when I think about it are things like “kick it in its stupid face” and “@#&$^!!#er.” It is where the swearing starts.

The more I wrote this book, the more I realized that depression was doing this to millions of us, and the madder I got.

As I looked around, I also realized that there was a staggering, awful gap, right in the spot that depression had tormented me for so many years.

It takes the average person who deals with depression ten years to get professional help. Ten years. For me, it took twenty.

And in the time between, we’re flying blind with Aunt Dee and the Crazy Thoughts, trying to navigate this alone.

But we are not alone.

If you’ve gone through the grey periods, the dark periods, the numb periods or the oh-my-fuck-this-is-scaring-me periods, you are not alone. I’ve been there too, and millions of fellow folks who deal with depression have too.

As the weight of all of us dealing with this disease, suffering through it for years without real resources hit me, I realized exactly what I wanted this book to be.

This book is there for those ten years of hell. It’s for navigating that space where we don’t know what the hell depression is or why we have no energy and crazy thoughts and don’t enjoy our favorite things anymore. This book is a lamp that won’t go out, and a sturdy tent to wait out the rain.

Depression is real. It’s a messed up thing that happens in lots and lots of our brains, due to no fault of our own. Some people just get the cards for it. I’m one of them. Maybe you or someone you know are, too.

But because it’s real, there are real things we can do to take it on. Tools and techniques and tiny little tricks that make it easier to deal with, and ultimately, something we can manage, and have it play no bigger part in our lives than passing stormy days.

But we have to hear about those tools, and we have to know that we’re not crazy - there’s just weird stuff happening in our brains.

That is what I hope this book can do. I hope it connects to people of every age, from all over this planet, and gives them a sense of solidarity and a bad-ass toolbox to take depression on.

And I hope that somewhere, an 11-year-old kid gets a copy from his parents who tell him to skip over the bad words and not say them, but that it’s going to be ok. There’s a guy who was a boy just like him who dealt with depression too, and twenty-five years later, he wrote this book. He’s not alone.

This book is for all of us. If you deal with depression, or you know someone who does, you are not alone.

My hope is that this book is a little help, regardless of who you are. And my hope is that it’s just the beginning. All of us, sharing what we know, helping each other up, and staring depression down.